6 technologies that could redefine solar power 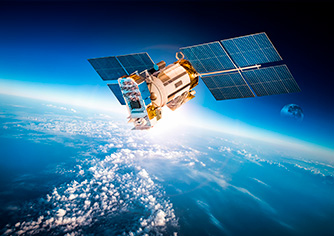 A sneak peek at emerging technologies that could change the way we approach renewable energy.

In 1954, we cracked photovoltaic (PV) technology and made harnessing the power of the sun a reality. Since then, we’ve refined the technology taking it further and further in order to make renewable energy more effective, accessible and affordable. Let’s take a look at the developments in this sphere that are garnering a lot of attention.

Researchers believe that space-based solar systems could become a mainstay energy solution to environmental and energy issues on Earth. How would it work? Mirror-like reflectors installed on satellites in orbit will concentrate energy from the sun onto solar panels. These will convert the energy into electromagnetic radiation which will be beamed to Earth in either laser or microwave form and be received by an antenna on the ground. It will then be converted into electricity and distributed to the grid.

Though the costs are astronomical at the moment, the technology is promising as it eliminates downtime due to bad weather and during the night, as well as bypassing the problem of energy storage. And since light in space is unfiltered and much stronger it could generate 40 times as much energy as Earth-based systems. However, with advancements and lowered launch costs there are several players aiming to make this happen by 2050, including China, Japan and the US.

Did you know that light is actually wasted by solar cells during the absorption process? That’s right, the infrared region of the solar spectrum passes right through conventional photovoltaic materials. That’s why scientists have been trying to combine inorganic semiconductor nanocrystals with organic molecules to “upconvert” photons in the invisible and near infrared regions of the solar spectrum. These upconverted photons should readily be absorbed by PV cells.

Initial attempts only succeeded in upconverting light near the infrared spectrum. However, researchers at RMIT University and UNSW University in Australia, and the University of Kentucky in the US, found that oxygen – at low energies – could be used to help the process.

Though there is still time before this technology becomes viable for major applications, it has the potential to increase solar cell efficiency by at least 30%.

Floating solar farms are emerging in various places across the world, including Australia. Simply put, standard PV panels are installed over large bodies of water like reservoirs, quarry lakes, etc. The Lismore Floating Solar Farm in New South Wales for instance, has been installed over the East Lismore sewage treatment plant, with an additional installation at a local aquatic centre. This is done using a buoyant structure, usually constructed of a high-density thermoplastic.

Floating solar farms have proven to be more efficient than their ground-mounted counterparts as the water bodies help keep the panels cool. They are also a great option for places where space is an issue and farmlands cannot be surrendered for energy generation. High costs have been the biggest obstacle in the way of mass applications but as the technology is further developed and costs reduce, they are becoming a much sought out option.

Biosolar cells have been the subject for discussion for a long time now and while applications are slow, research and development continues to move forward. This innovative concept is focused on using photosynthetic organisms like algae and bacteria to convert sunlight into electrical energy. How does it work? The organisms use their photosynthetic apparatus and incoming light to split the water molecule, the protons and electrons generated as a result are transferred to an anode. A reaction then takes place at the cathode and the resulting potential difference drives a current through an external circuit which can be used to power a device.

Using living organisms that have self-assembling and self-repairing properties as the light harvesting material, offers a natural way to harvest solar energy and a potentially cost-effective one as well. That’s why researchers are citing them as an alternative to conventional photovoltaic cells. The technology is still a ways off from making a substantial contribution to energy production but with some attention, resources and time, they could make a huge difference.

Can trees harvest renewable energy? Yes, if the researchers at the VTT Technical Research Centre in Finland have anything to say about it. Using solar and 3D printing technologies they developed prototypes for energy harvesting trees. The leaves, which are actually flexible organic solar cells, are designed to generate and store solar energy and can be used to power small appliances and mobile devices. They flourish indoors and outdoors and can also harvest kinetic energy from wind and temperature changes in the surrounding environment.  Each leaf has a separate power converter, creating a multi-converter system that makes it possible to collect energy from a variety of sources.

While still in the development stages, progress in nanotechnology will lead to photovoltaic, thermovoltaic and piezoelectric materials becoming more efficient. And when combined in one system could bring energy harvesting trees to life sooner that we know.

German architect Andre Broessel has created a spherical sun power generator prototype called the beta.ray. This technology combines the principles of spherical geometry with a dual axis tracking system to generate twice the yield of a solar panel in a smaller surface area. The design is fully rotational and is suitable for all inclined surfaces. It can even be used as an electric charging station.

The beta.ray comes with a hybrid collector to convert daily electricity and thermal energy at the same time. While reducing the silicon cell area to 25% with the equivalent power output, it operates at efficiency levels of nearly 57% in hybrid mode.

From the looks of it we’ve only scratched the surface of renewable energy technology. And though there are more than a few obstacles to overcome, it’s clear that we are not giving up. With continued research, technological advances and better use of materials, the clean sustainable future that we have been envisioning could be well within our grasp.