Climate change: A storm we may not be able to weather. 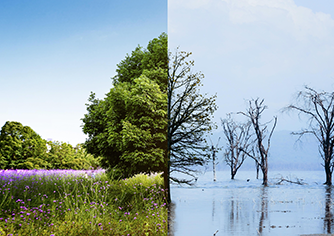 Climate crisis is more real than we think.

As we all know, the impacts of climate change are much more than we read or imagine. Besides drought and sea level rise, there are a variety of other likely changes around the world.  Also, the energy requirements of the countries have gone through the ceiling dramatically, especially because of the developments in the transportation and industry sectors.

People around the world are experiencing the rise in temperatures. Deserts are expanding, while heat waves and wildfires are becoming a matter of regular concern. The exploration and manipulation of earthly resources have contributed to climate change. Other contributions include burning of fossil fuels.

Urgent need to step up action for sustainability

Global energy resources are close to exhaustion and the world is facing a core challenge: the energy crisis. Of course, the Sun can definitely impact the Earth’s climate. As much as the myth that people believe in, the sun is not causing global warming. Studies by scientist’s state that the amount of solar energy that hits the top of the atmosphere can’t contribute or cause global warming.

How apt is solar energy in resolving crises?

The sun is the primary source of energy and it is plentiful and unlimited. By tapping this clean, renewable source of energy, nations can think of reducing the reliance on fossil fuels and thereby lessen the impact on climate change.

Though many countries across the globe treat the sun as divine power, it is not a safe bet to rely on solar energy completely. There is a general impression that solar power could be the answer for all queries related to climate change. But this is not correct. The fact is that most of the power generated is through hydrocarbons and coal.

A quick take on the how and why of climate change

The increase in temperature over recent decades is enormous caused by solar activity. The Sun is just not a provider of life, but also helps keep the planet warm enough for survival. Greenhouse gas emissions that are instigating climate change include carbon dioxide and methane. It is known that burning of fossil fuels produces emissions that can act like a blanket covered around the Earth. This traps the heat of the sun and contributes to rising temperatures.

Throughout the solar cycle, the Sun undergoes several changes in its movement and appearance. The solar radiation level can go rising or descending, as does the amount of material the Sun ejects into space and the size and number of sunspots and solar flares. These changes have a variety of effects in space, in Earth’s atmosphere and on Earth’s surface.

As energy consumption is increasing day by day there will be a severe shortage of fossil fuels in the coming decades. Sustainable energy generation should be given priority as it does not cause any harm to the environment. There is no other way rather than moving to sustainable energy.

It is time to step up and work towards reducing and controlling factors that are contributing to climate change.