It pays to go solar 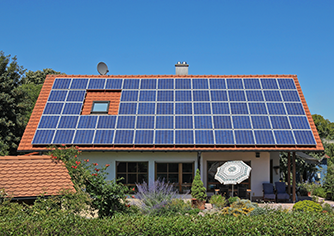 Breaking down the concept of net metering and how it works.

If you have been discussing your solar options or been doing your research, the term “net metering” has probably come up once or twice. Don’t know what it means? In short, it’s an incentive offered by governments in favour of renewable energy. However, we’re going to break it down so that you have a better understanding of what it is, how it works and how it can help you before you make any big decisions. Let’s get to it.

What is net metering?

Net metering or net energy metering, as mentioned earlier, is an incentive to help people make the switch to solar energy. Essentially, net metering is a system or policy whereby solar system owners are awarded credits for energy they supply to the utility grid. These credits can then be claimed against the energy taken from the grid.

How does it work?

When a solar system produces more electricity than is necessary at any given point, the excess energy can either be stored in a battery or be sent to the utility grid, causing the utility meter to run backwards. When energy consumption is higher than what the system is producing, for instance on a cloudy day or even at night, you draw on electricity from the grid, causing the utility meter to run forwards. At the end of the month, system owners are billed for net energy use.

The  amount of electricity a solar system produces will vary throughout the year: more in sunnier summer months, and less when the sun is lower in the sky. Net metering helps you account for these seasonal differences in solar production by crediting you for the excess electricity your panels produce so that you can use it at a later date.

> It eliminates the need for a solar battery, as the utility grid itself becomes a storehouse for excess energy.

> A bi-direcitonal utility meter is the only special requirement that net metering demands and the only maintenance involved in the minimum requirement for your solar system.

> As energy is transferred to the main utility grid, it helps ease the peak load demands and reduces load shedding.

Net metering however,  is not without obstacles. With solar adoption booming, Australia in particular is facing “traffic jams” of electricity that could destabilise the network, as reported in The Guardian. The solution to charge system owners for exporting energy to the grid was met with resistance, though the alternative meant non-solar users would face a heavier burden. In response to these concerns, the Australian Energy Market Commission recommended two-way pricing that better rewarded solar and battery owners that send power to the grid when it is needed, and new incentives that would give customers more reason to buy batteries or set up their homes to consume the power they generate at busy times on the grid. However, much of this is still in deliberation and the way forward is yet to be decided.