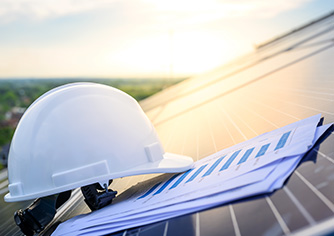 Businesses across Australia are making the switch to renewable power in response to the call to fight climate change and combat the rising costs of conventional power.

Australian businesses have pledged to power their operations with 100% renewable energy by 2030 or 2050 at the latest, according to Business Insider Australia .This stand is a direct response to the climate change crisis and the fluctuating electricity costs that have had an impact on their bottom line. Some have already achieved their goal and are reaping the benefits, while others continue the transition leading the way for more businesses to join the movement.

Let’s take a look at some organisations that have adopted a greener way of doing business.

Mars Australia has transitioned to running on 100% solar power after signing a 20-year power purchase agreement (PPA). All the electrical energy required to power its six manufacturing facilities in Asquith, Ballarat, Bathurst, Wacol, Wodonga and Wyong, as well as its sales offices in Melbourne and Sydney is supplied by the Kiamal Solar Farm in Victoria. This move is set to go a long way to reducing the company’s greenhouse gas emissions as well as overcome the challenges of fluctuating power costs. It is also a part of the parent company’s larger promise to reduce greenhouse gas emissions by 27% by 2025 and 67% by 2050.

Incidentally, according to the Mars website, the 50MW power purchased from the solar farm is enough to produce 185 million 180 gm bags of M&Ms or 30 million 3 kg bags of Pedigree!

The very first bank in the country to achieve its goal, Bank Australia aimed to shift to 100% renewable energy by 2020 but managed to do so by May 2019. A feat accomplished through the installation of 88 solar panels at its Head Office in Melbourne and 110 panels at its National Contact Centre in the Latrobe Valley in Victoria along with signing a 10-year agreement with renewable energy developed Pacific Hydro.

In a statement, the Managing Director Damien Walsh revealed that the bank now avoids 780 tonnes of carbon emissions per year – the equivalent of taking 232 cars off the road. And that’s saying something.

For Australia’s largest chilli company the decision to switch to renewable energy was a “no-brainer”, at least according to their general manager. The rising energy prices coupled with peak demand charges and expensive network costs had a significant impact on the company’s bottom line and simple cost cutting was not the answer to their predicament.

The best solution was to switch to solar energy and with investments over $500,000 they are leading the way in agribusiness renewable energy solutions. They initially built a 100kW solar system and later added a 200kW system. Solar power now accounts for about 25% of their power usage and has helped them gain stability where expenses were concerned and offered certainty when deciding to expand and hire more employees.

These are but a few of several businesses across Australia that power their operations with renewable energy. Stay tuned, we will be shining the spotlight on a few more and hopefully inspire others to follow in their footsteps, and play a crucial role in helping Australia move away from a dependency on fossil fuels.