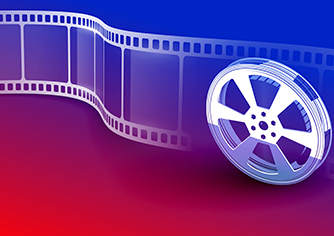 Enjoy movies on the move! Anywhere you want.

Have you ever experienced a movie powered only by the Sun?  Sounds like a bright idea, doesn’t it?

A cinema only powered by the sun is a unique experience. The photovoltaic system captures sunlight during the day and this is converted into projection light at night. All equipment of the mobile cinemas is powered by 100% solar energy.

These solar-powered travelling cinemas as a special form of outdoor cinema interests all age groups. Be it parks, local squares or locations on the beach – there are no limitations for such a movie show. Especially with their inflatable movie screens the set-up is very easy and the whole stuff can be carried in a small car. It is really fun to watch mobile outdoor cinema powered entirely by Solar energy.

Solar film screenings began in the Netherlands where Solar World Cinema, an international network of solar powered mobile cinemas started visiting local parks and taking unseen films to the locals. It gave an opportunity for people of that area to hang out together.

Solar screenings are completely self-sufficient and can go beyond the borders of the traditional cinematic world. It has enabled them to reach out to electricity and culturally deprived areas, bringing unseen films to unusual places. Solar World Cinema was successful in setting up new solar powered cinemas around the world including the Sahara, Indonesia, Chile, Brazil, Arizona, Mexico and Kosovo among other places.

How the story develops

The solar system produces enough energy for 10 hours of film screening. No additional energy source is needed.  After sunset open-air film screenings are organized in any public space. The main advantage of these solar powered film screenings is that it can bring the magic of the big screen to most isolated places.

Technically, the solar cinema unit consists of a van with three or four solar panels attached to the roof, a converter/inverter that produces a 24-to-220-volt output, as well as batteries to store the energy. With six batteries that can last about 16 hours, five shows per week can run smoothly. The batteries can be charged during the day. The main purpose of these screenings is to meet and promote the sustainable development goals.

And there is no ending….

In many cities, the idea to set up a solar-powered cinema has got wings because independent filmmakers are having trouble distributing films. Solar powered film screening intends to raise awareness and stress the importance of switching to renewable energies. Everywhere, the goal is the same. These solar powered film screening aims to raise the awareness of children and young people by teaching them the importance of sustainable energy, energy efficiency, and the search for new sources of renewable energy.

International network of solar powered mobile cinemas is in the mission of creating awareness in the daily life of the audience by organizing free screenings, workshops and cultural activities. They design tours to Latin America, Europe, Asia, and Africa with the solar unit to conduct educational workshops and host free screenings. Solar screening is an innovative tool that brings sustainable solutions to daily life. Quite a blockbuster of an idea, we daresay.