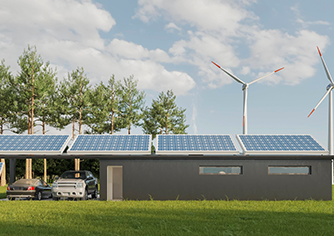 How Australians are embracing solar power

Shifting to renewable forms of energy has now become an upward trend globally. Australians have taken up the charge to shift to renewable energy forms and are aiming for net-zero emissions by 2050. With the combined efforts of its states, Australia is all set to embrace the power of the sun.

Here’s how the solar-powered citizens of Australia are bringing in a positive change for the country’s bright future across the continent.

Tasmania is a trailblazer in the renewable energy sector, with over 100% of its electricity coming from renewable sources. The island shines with solar panel installations in over 24,600 Tasmanian households. After achieving this landmark, the government and the citizens have now directed their vision to achieve the 200% renewable target by 2040.

True to its title of being the “Sunshine State”, Queensland is indeed the solar energy powerhouse of Australia. The Queensland Government aims at generating 50% of its energy requirement through renewable sources by 2030, and solar energy plays a vital role in this mission. According to Australia’s Clean Energy Regulator, over eight lakh small scale systems were installed across the state by the end of August 2021.

Victoria has a wealth of solar resources and Victorians are playing their part by embracing domestic solar systems. The state offers fair and reasonable feed-in tariffs for small-scale solar systems, provides support for large scale projects, and encourages emerging technologies with a focus on research and development.

The Northern Territory Government has allocated $2.8 million to help finance solar storage systems for domestic and commercial purposes. Another  $2 million were allocated to facilitate the delivery of clean electricity to remote communities across the state. The Northern Territory will also be home to the world’s largest solar farm after an $8 billion agreement with Sun Cable.

South Australia has about eight new projects under construction and has almost a third of solar-powered homes. It’s on the track to achieve about 75% electricity from renewable sources.

Rooftop solar power has been a high-flying success in Western Australia, one of the sunniest landscapes in the world. Almost one in every three households are powered by solar energy.

The devastating impacts of climate change have made Australia one of the most vulnerable nations in the developed world. This is quite visible in the recent catastrophic heat waves and droughts. It has become more than necessary to switch to renewables like solar energy to effectively tackle the climate crisis. Let’s lead the revolution and become solar powered citizens for Australia’s bright economic and safe environmental future.

Want to know more? Join our community to get more updates and participate in conversations.