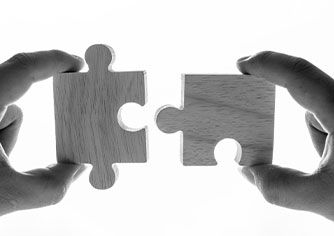 With talks of net zero and sustainability goals gathering momentum, there has also been some constructive chatter over the integration of solar energy with the liquefied natural gas (LNG) sector of late. Both of these have been in use already, however in isolation. This integration, which explores all the great facets of solar energy, is being seen as a sure shot way to reduce carbon dioxide emissions.

According to recent research conducted by National Energy Resources Australia (NERA), “Integrating solar into Australia’s natural gas industry could reduce onshore gas facilities’ emissions by 19 per cent in Western Australia, 18 per cent in Queensland, and 21 per cent in the Northern Territory.” While the Energy and Resources Institute at Charles Darwin University said that using solar power would mean offsetting up to 50 percent of the Darwin LNG plant’s emission, suggestions were also made to partly electrify the plant’s compression turbines with solar energy, leading to additional savings. The director of the institute, Professor Suresh Thennadil added that with similar integration at all the country’s LNG plants, Australia could reduce its carbon dioxide emissions by 5 million tons per year. Not just this, the report had more promising news – the integration of solar energy with the LNG industry could take the nation’s energy security notches higher by saving 97 million gigajoules of gas per annum.

The CEO of NERA, Miranda Taylor, said that the “the LNG industry must explore all opportunities to decarbonise if it wants to stay relevant and sustainable for the decades to come.”

How Singapore Did It

Meanwhile in April this year, the Singapore LNG Corporation Pte Ltd (SLNG), with a mission to play a leading role in cutting carbon dioxide emissions, signed an agreement with Total Solar Distributed Generation (DG) to implement solar power at its terminal on Jurong Island. This was a part of their many green initiatives. The 600-kw peak photovoltaic (PV) panels installed on the terminal building’s roofs are expected to produce 800 megawatt hours (MWh) of clean energy. It is supposed to cut about 300 tons of emissions per year, making the city greener.

LNG and solar are all set to power a West Africa gold mine. Orezone Gold Corporation, with 90 percent interest in Bombore, a gold mine in Burkina Faso, West Africa, is making a green statement. It signed a PPA with Genser of USA recently to supply clean energy for its operations at Bombore. Genser is said to use liquefied natural gas (“LNG”) as its main fuel, supplemented with a staged solar plant. Bombore has become the first mine to adopt this hybrid energy solution. The Power Plant will consist of 6 (six) 2.5MW LNG generators with 4 (four) 2.6MW diesel back-up units while a Solar Photovoltaic Plant up to 14MWp would be installed in stages. A 11kV powerline will connect the gas and backup diesel generators, and the solar plant.

The integration of LNG and solar power seems like the most feasible future power solution if we are serious about sustainability goals and reducing greenhouse gas emissions. This synergy is sure to bring more power to the future of our planet.