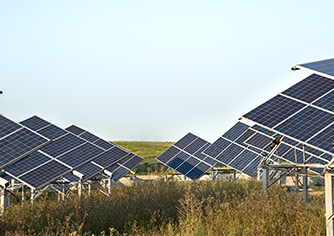 Onslow is showing us all how to live life sunny side up.

Onslow, a coastal town in the Pilbara region of Western Australia created history when the electricity system servicing undertook a remarkable transformation in June 2021. The entire city operated on solar power and batteries for 80 minutes. The credit of this achievement goes to the Onslow Distributed Energy Resource (DER) project delivered by Horizon Power, Western Australia’s regional power provider.

How this major milestone was achieved

This new milestone proved that the successful execution of DER can be done on a microgrid with SwitchDin’s mature, proven technology and global best practice. This technology can help regional communities lessen their dependence on fossil fuel generated electricity and increase the amount of renewable energy. The project included a mix of distributed customer-owned rooftop solar panels, a new modular gas power station, transmission line, substation, solar farm and battery storage. The Onslow model is in contrast to ‘zero export’ and system size limitation measures that could be enacted on other constrained networks in response to the huge acceptance of solar PV in Australia.

This is a major achievement in the renewable energy sector and  has paved the way for energy systems to look more into renewable prospects. Onslow, which is located 1,300 km north of Perth, has made it big by becoming the first town in Australia to be fully powered by solar energy. Besides demonstrating the capacity for Onslow residents to achieve greater energy independence, it also shows the possibility of reducing electricity bills by allowing more DER to be connected to a microgrid. It was an eureka moment for the renewable energy sector when the solar system backed by large-scale batteries successfully ran an electricity network for 80 minutes.

According to Western Australia Energy Minister Bill Johnston the successful trial was a landmark moment in the state’s energy transition. Getting 100% of Onslow’s energy requirements to be met by solar energy and batteries became a reality for 900 residents. He said that the lessons from the Onslow trial is capable of paving the way for greater renewable energy adoption in other grids.

The operation of the Onslow microgrid powered by 100% renewables signifies a landmark step towards building a cleaner, brighter, renewable energy future. This project demonstrated how distributed energy resources can be safely integrated at the grid level, unlocking further benefits from Western Australia’s world-leading rooftop solar uptake.

How Onslow utilizes the benefits of solar power

Onslow’s energy requirements were supported by approximately 700 kW of domestic rooftop solar, 600 kW of utility solar, a grid scale battery storage system and solar smoothing support from a zone substation battery for 80 minutes. It was a glorious moment to the residents of Onslow. Besides demonstrating the capacity for Onslow residents to achieve greater energy independence, it also displays the possibility of dropping electricity bills by letting more DER to be connected to a microgrid.

PrevPreviousEverything you wanted to know under the sun about going solar
NextWhat solar battery can work for you?Next