Zooming into the future with solar powered cars 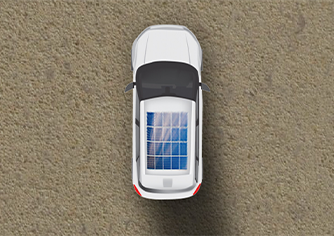 It’s time to get future ready on roads. We’ll tell you how.

Over the last ten years or so, there has been a marked focus on the potential of solar energy. It is already being considered as the most sought-after source of energy to produce electricity for residential and commercial purposes. Now, several vehicle manufacturers are working on making the dream of a viable solar powered car a reality.

The solar car harnesses its energy from the sun through photovoltaic cells, which is then transformed into electricity. This, in turn, powers the battery in the car to make it run. So far, engineers have found it difficult to make a solar car that works well and looks good too. But with continuous evolution of technology, the day may not be far when more and more people will resort to solar cars for their daily commute.

Interestingly, the first model solar car was invented by an employee of General Motors called William G Cobb. It was called the Sunmobile and in 1955, this miniscule 15-inch vehicle, which consisted of 12 selenium photovoltaic cells and a small electric motor, was displayed at the Chicago Powerama convention.

Work on perfecting an environment friendly car run on renewable energy has been an ongoing programme in many countries. In 2013, some students from Eindhoven University of Technology in the Netherlands came up with the first regular size family solar car. It was called Stella and the wedge-shaped car had a large solar panel on top.

For the longest time, solar cars have been synonymous with racing, with the first solar vehicle race, the Tour de Sol, being held in Switzerland in 1985. Meanwhile, the World Solar Challenge, a race which kickstarted in 1987, continues to be a biannual event. The cars used in the race are three-wheeled with tyres the size of bicycle tyres. High cost, design and space issues related to panel installations, etc, have prohibited the development of a commercial solar car for a long time.

Not too long ago, in June 2019, former engineers from Tesla and Ferrari announced the solar-electric car, Lightyear One, which had solar panels on the car’s hood and roof. As an added advantage, the car is said to also charge on regular electric power. It is said to have a distance capacity of 700 kms. Priced at around $135,000, it is supposed to start producing limited numbers this year.

The same year, Aptera Motors had announced a funding campaign for a super-efficient partly solar powered electric vehicle. Luckily for them, the campaign was a success and the vehicle saw the light of day in 2020. This car boasts of a streamlined design, has three wheels and is priced at $25,900 to $44,900. Squad Mobility, a Dutch start-up, is also in the news for accepting pre-orders for its solar powered car called the Squad car. A compact two-seater, it only has a maximum speed of 28 miles an hour, making it good enough only for city driving. With the sun as its charger, it can drive up to 19-20 kms. If you find yourself in a place with no sunlight, you can charge the Squad car in any charging outlet because it also comes with a battery.

Not to be left behind in the race for making solar cars, Hyundai has come up with a new version of its hybrid car, Sonata. According to the Korean manufacturer, 30 to 60 per cent of the vehicle’s battery can be recharged by its added solar panels.

A German start-up Sono Motors claim that Sion, their hybrid electric vehicle, can charge by itself using solar power, thanks to the 248 solar cells incorporated in its body. This means, it will be quite adequate to drive short distances. Sion can run up to 249 kms once charged and can supplement 33 kms of charge per day through its solar panels. It is priced at $28,500.

Even Elon Musk, a critic of using solar power in cars, recently confirmed that the new Tesla Cybertruck would offer solar panels as an additional accessory.

While it looks like it will be some time before the world has a utilitarian and affordable solar powered car, the focus on research and development in the area by most car manufacturers and start-ups certainly fills one with hope.

Want to know more? Join our community to get more updates and participate in conversations.

PrevPreviousClimate change: A storm we may not be able to weather.
NextEverything you wanted to know under the sun about going solarNext