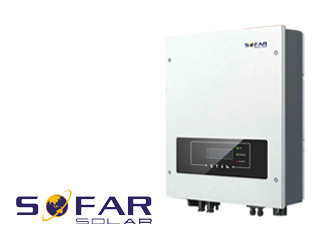 Sofar Solar is one of the top five inverter companies based out of China. It is regarded amongst the top manufacturers that prioritise performance and affordability. Their research and development has put a lot of effort into creating products that are not just durable and powerful, but stylish too.

According to Solar Choice what sets Sofar Solar inverters apart are the in-built functionalities that would typically require a separate device to manage. These include the I-V curve scanner which is designed to help identify where the output of the panels is declining more rapidly than the normal degradation rate. And the export limiter which effectively ramps down the power generated to match the requirement of a home or building in situations where excess energy cannot be exported to the grid. Sofar Solar’s residential inverters also feature an LCD display and built-in sounds which enable the user to be better informed about system performance. In addition, the inverters are equipped with an SD card that records power generation data for up to 25 years.

Sofar Solar offers a wide range of residential and commercial inverters and as Queensland Solar and Lighting points out their research and development is focused on improving the efficiency of their inverters and the accompanying software.

Solar Choice highlights that their residential solar inverters are equipped with a moisture ingress protection of IP65 which makes them suitable for indoor and outdoor installation. This feature can also be seen in their range of hybrid inverters that can be used in both grid-connected and off-grid systems. The inverter can charge both lithium-ion and lead-acid batteries with a voltage range of 42-58V.

The promise of reliability

Queensland Solar and Lighting reminds us that The Australian Clean Energy Council (CEC) has approved the entire range of Sofar Solar inverters while Solar Run points out that they have become popular for their efficient power conversion, durable frame and affordable price. For their price range, Sofar Solar inverters have some of the best efficiency rates in the market. They have even been praised for their sleek and minimalist design.

When it comes to warranty they offer the standard 5-10 years. However, as Solar Run reveals they offer customers the option to purchase an extension of 10, 15, 20 or even 25 years and have a good reputation for honouring their warranty.

Warranty: Up to 25 years 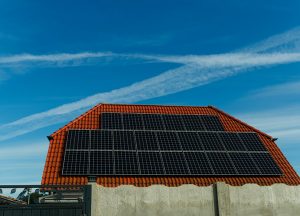